The Amazon River in South America is the largest river by discharge of water in the world, and according to some experts, the longest in length, other say 2nd longest. The Amazon river hosts swamp, marshes and steam habitats. The river is subject to flood cycles and changes dramatically during the year. The river is the source of 1/5 of the Earth's fresh water. The river is extremely biodiverse. 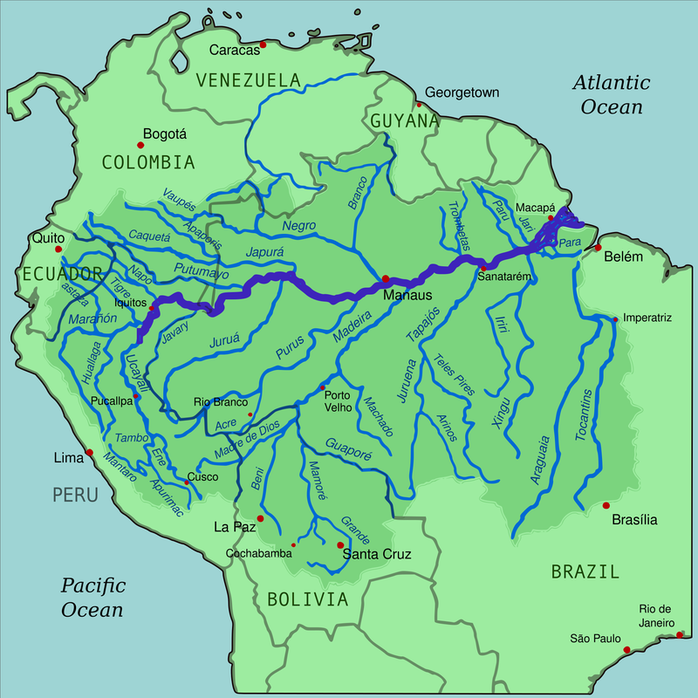 Next is Amazon Fish
Powered by