Acanthuridae is the family of surgeonfishes, tangs, and unicornfishes. The family includes about 82 extant species. The family is composed of marine fish living in tropical seas, usually around coral reefs. Many of the species are brightly colored and popular for aquaria. 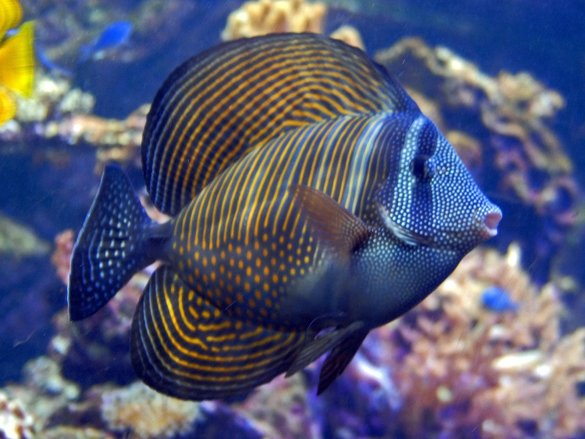 Surgeonfishes sometimes feed as solitary individuals, but they also often travel and feed in schools. Feeding in schools may be a mechanism for overwhelming the highly aggressive defense response of small territorial damselfishes that vigorously guard small patches of algae on coral reefs.
Next is Lined Seahorse and Dwarf Seahorse
Powered by