The Great Lakes comprise the world's largest freshwater ecosystems, and healthy complex food webs are critical to the overall health of these ecosystems

The species distribution and the feeding and habitat interactions in the Great Lakes food web can be disrupted in many ways, including: 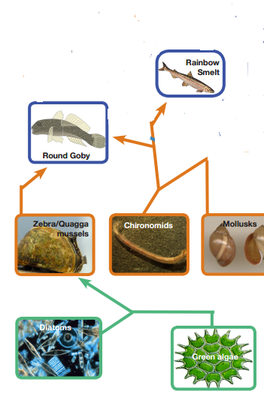 ​ The 169 known non-native aquatic species in the Great Lakes have been disrupting the Great Lakes food web for decades. Non-native alewive and rainbow smelt preyfish impact native preyfish through predation and competition for food. Sea lamprey prey on lake trout. Zebra and quagga mussel feeding activities impact phytoplankton and zooplankton in the water and invertebrates in the sediments. Non-native predatory zooplankton prey on native zooplankton.
Harvesting and stocking of top predator fish. Overharvesting of lake trout contributed to the decline of this native top predator by the 1950s and allowed non-native alewife to become the dominant preyfish. Coho salmon, Chinook salmon, rainbow trout, and brown trout were introduced to the Great Lakes in the 1960s as top predators primarily to control alewife and rainbow smelt populations. The non-native top predator fish can compete with native fish for food and habitat. 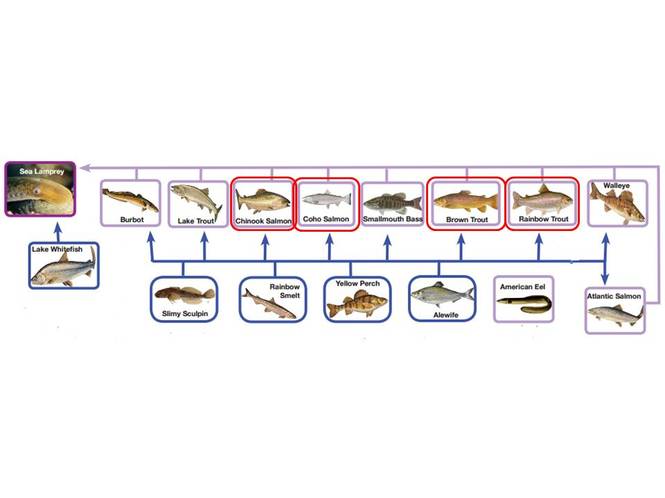 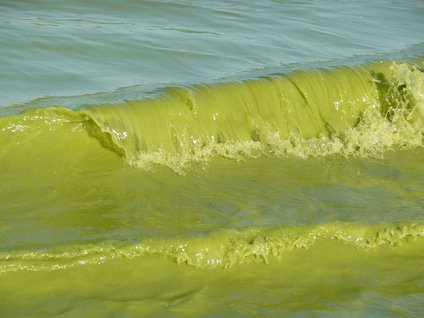 Contaminants. Once introduced into the waters of the Great Lakes, some chemical contaminants can be accumulated by algae and subsequently transferred through the food web to top predator fish and birds. Contaminants can also directly affect organisms.

​
Next is Invasive Species
Powered by